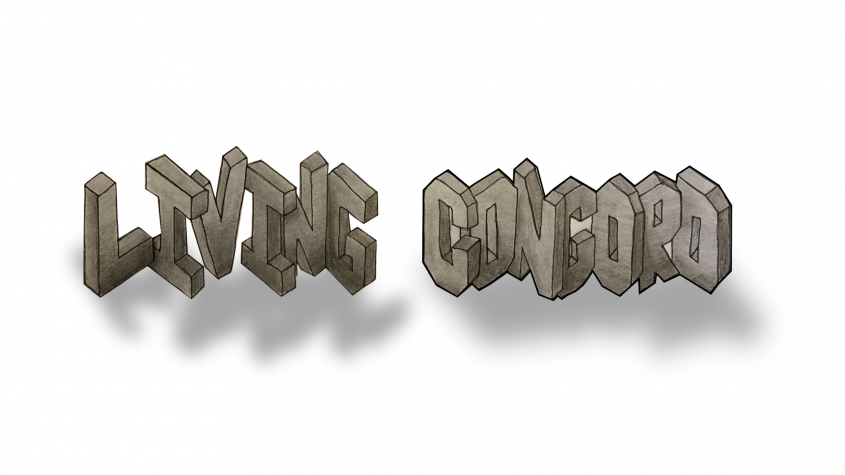 Have you checked your email for all the news from your favorite organizations? Have you looked at each of their calendars? There is A Lot happening in our Concord-Carlisle community pretty much all the time.

The CCHS Parents Association is presenting another film that offers skills for stress resilience for kids, 42nd St is performing at The Umbrella, DropOff SwapOff is happening soon, The public library has the most incredible array of programs geared towards all different age groups, The Concord Museum has reopened!, youth basketball is starting up soon and so is wrestling, there’s a murder mystery dinner at Trail’s End this month, authors are visiting both the library and the Concord Bookshop, Discover West Concord Day is coming up, and just about EVERYONE is offering something cool for Halloween.

It’s hard to keep track so we keep track for you. All Concord-Carlisle organizations are welcome to post events here. We’re constantly updating our calendar and posting to our social media accounts. And yes, we also send out a weekly email that highlights all events for the coming week across many organizations. This email will include any event happening at the Cheese Shop, any speaker visiting for an organization, and many other events taking place that week. If you have any questions or suggestions please reach out to us any time! Go CC! 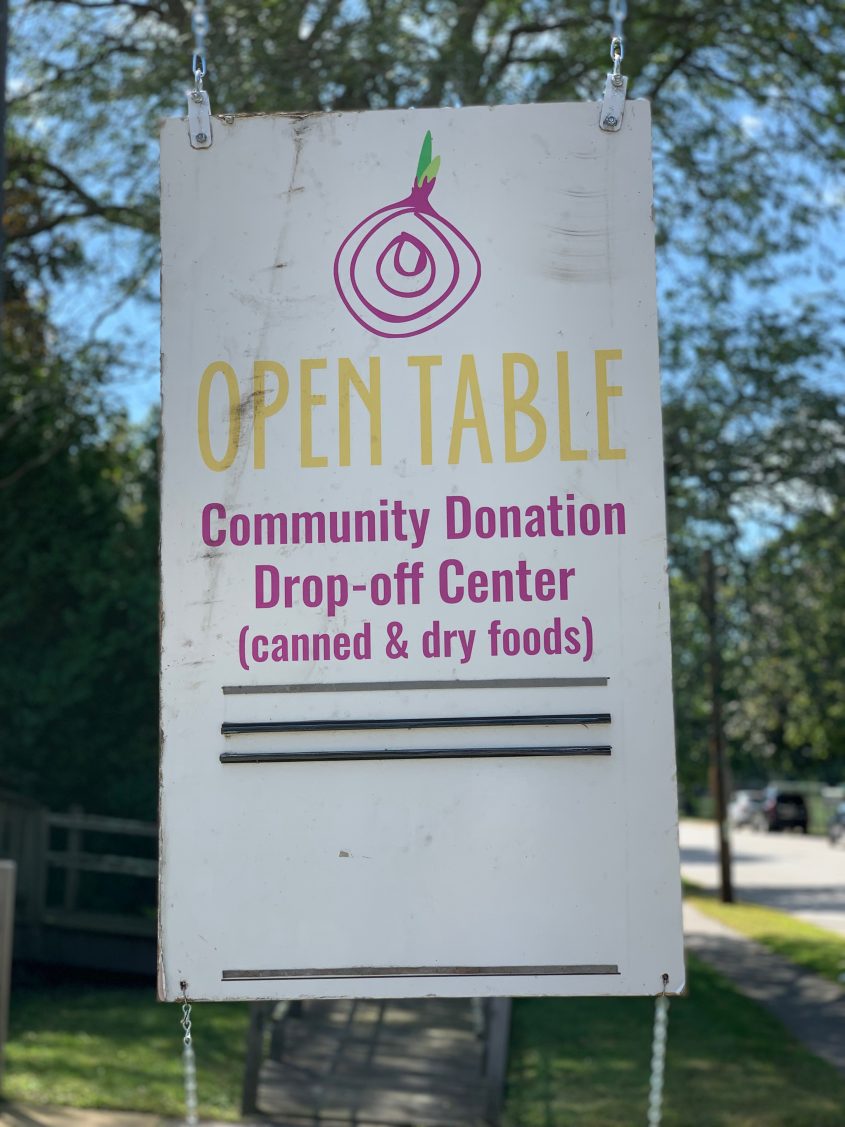 Living Concord is beginning a series of blog posts that highlights and discusses the wonderful non-profit organizations that contribute to our local community.

If you drive down Everett St. in Concord you might notice a small sign that says Open Table. It is a small sign, but the Open Table organization serves a huge need.

Open Table’s mission is to address hunger in our local community by providing healthy food in a welcoming environment while respecting the dignity of those served. They achieve their mission by:

Currently Open Table distributes approximately 7000 pounds of food each week and serves 250 meals to guests that come from the Metro West Suburbs and beyond. OpenTable has received an amazing amount of support from the communities it serves  through donations of food and funds. This makes it possible to continue to address food insecurity in our region.

Open Table believes people should not be hungry. The organization welcomes neighbors in need by providing healthy food choices with compassion and respect.

And coming up on November 3rd is Empty Bowls 2019! 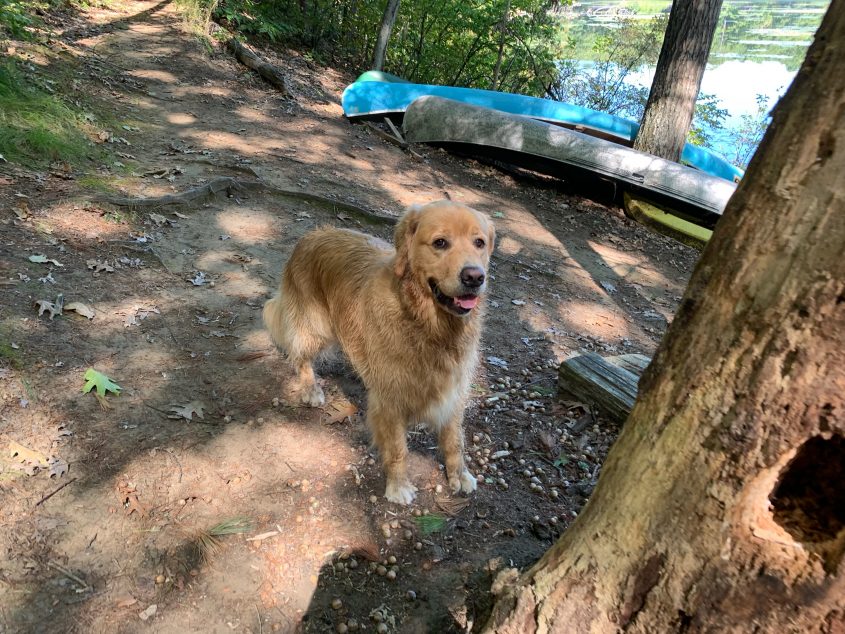 They are all over town. On leash, off leash, playing at Emerson Field, running in the woods, waiting for the kids to get off the bus at the end of the day.

But do you know that our four legged buddies are improving our health? If you Google “Health Benefits of Owning a Dog” there are a ton of articles that pop up. That’s how we found out! Here are some highlights from articles we found on Google.

Bottom line is a pet brings a lot of joy and companionship to a house. If you have the capacity to take care of one, you might want to consider it. If you have one, pick up a dog treat at Verrill Farm or at Loyal Companion. Your dog will be psyched! 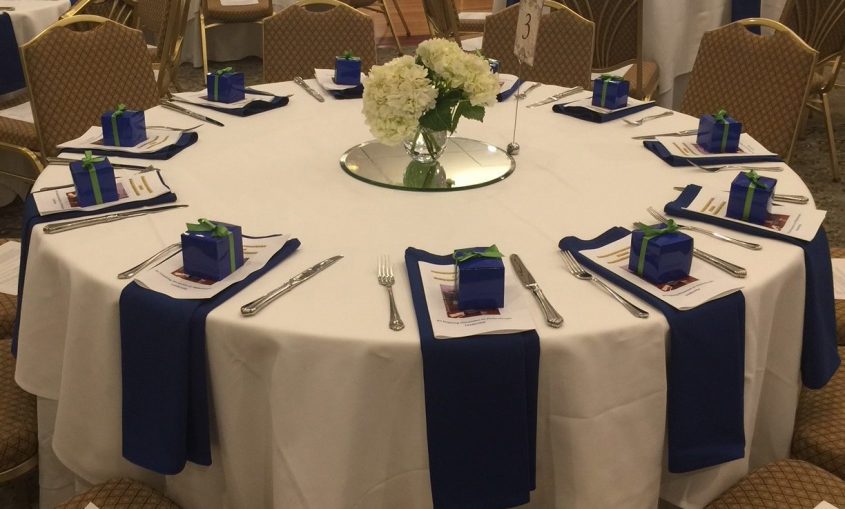 The Concord-Carlisle Community Chest’s 9th annual Women in Philanthropy Luncheon will be held on Wednesday, October 16 at the Concord Country Club. A panel featuring representatives from local nonprofit organizations will discuss the often hidden needs in our towns and beyond, and how our community can come together to make a difference.

Jacquelin Apsler from Domestic Violence Services Network, Mary Beilman from First Connections, Deborah Garfield from The Eliot Center, David Klein from Carlisle Council on Aging, and Bonny Wilbur from Town of Concord Human Services will lead us through a conversation about the need in our community and the impact of our local organizations.

Individual Tickets are $60; Tables of 10 are $600. Seats are limited! Reserve your ticket today. bit.ly/2019CCCCLunch

The 2019 Women in Philanthropy Luncheon is made possible by support from Cambridge Savings Bank, Barrett Sotheby’s International Realty, and Enterprise Bank.

The Concord-Carlisle Community Chest supports nonprofit human service organizations through a grant making process and targeted funding. They engage our community through opportunities to donate, volunteer, or participate in community-wide events. They collaborate with their  grant recipients to advance the impact and efficacy of their programs. The Community Chest is here to make our community stronger and a welcoming place for all residents.

Since 1947, the Concord-Carlisle Community Chest has strengthened our community by fundraising and allocating money to a broad range of human service organizations that help Concord and Carlisle residents. Their model allows one single contribution to support many organizations and programs that offer a broad range of community services to young and old alike—family and individual counseling, legal assistance, job retraining, support for domestic violence victims, adult respite care, preschool scholarships, parenting support, substance abuse prevention, adolescent programs, and much more.

In 2019,  The Community Chest  received requests for over $685,000, including asks from six new organizations; executed two very successful community events that brought together over 350 people from the area; produced new promotional material to help build awareness of the Chest; gained four new business event sponsors; and funded a new School Resource Officer for the Concord Middle Schools. Additionally, the Chest is proud to announce that through lots of hard work and dedication, they have created a robust Strategic Plan that is going to guide them for the next four years, through their 75th anniversary in 2023.

If you’d like more information, here is how you can help: 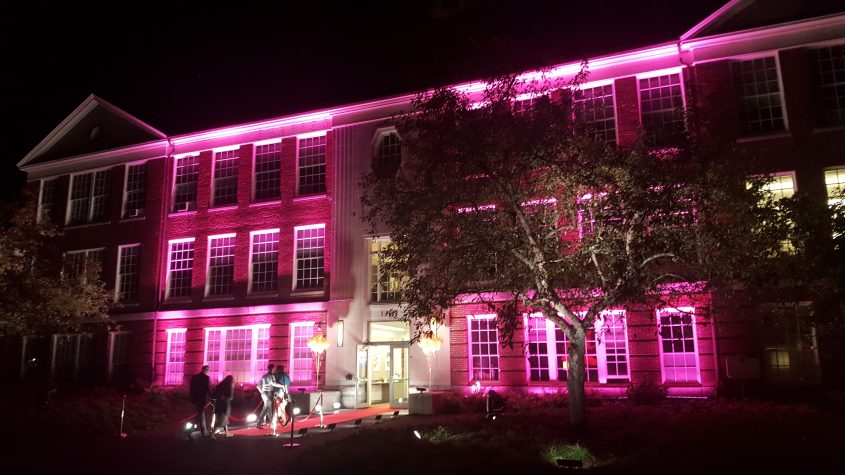 The Umbrella Stage Company kicks off its 2019-2020 in a newly constructed theater, with a new name, and a new status — as Greater Boston’s newest professional theater — with a buoyant production of the classic musical, 42nd Street (Sep 27-Oct 20).

The story of aspiring chorus girl Peggy Sawyer (played by Gillian Mariner Gordon*) who comes to the big city and lands a spot in a glitzy Broadway show is a perfect way to introduce the new company and space, says Brian Boruta, The Umbrella Stage Company’s Producing Artistic Director.

“The grand opening production in our new space is a moment to celebrate,” Boruta says, “and 42nd Street is nothing short of the greatest celebration of musical theatre and the people who make it happen. Splashy and grand, this tap-dance fueled musical is a visual feast, and is the ultimate showcase for the capabilities of our new main stage.”

As Director of Performing Arts for The Umbrella, Brian Boruta has pioneered its quest to produce Bold, Daring, and Innovative theatre. Since 2012, his productions have amassed over 100 award nominations including Best Production nods for Equus, Bloody Bloody Andrew Jackson, Red, Angels in America – Millennium Approaches, and Bonnie and Clyde, winning 4 times for Parade, Big Fish, To Kill A Mockingbird and True West. 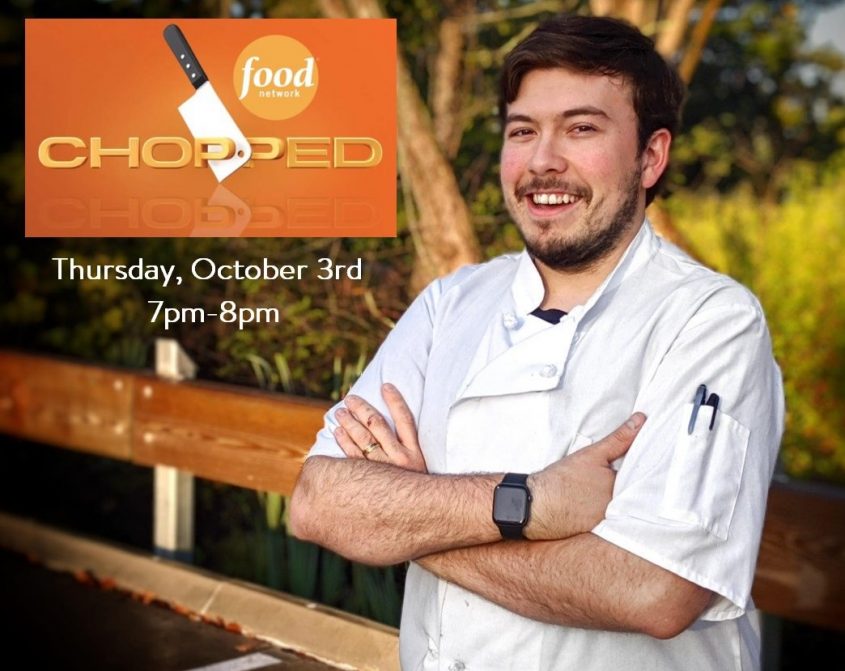 Looking for something to do Thursday evening? Head over to Trail’s End Lounge to watch their very own pastry chef, Robert Gonzalez, compete on Chopped. The episode actually aired last night (we watched it… desserts looked delicious), but Trail’s End will be streaming the episode on Thursday evening.

Robert will be there to answer questions and bake his challenge recipes for everyone to sample!

We love highlighting members of our community and Robert currently heads the Pastry department at the Concord Market and Trail’s End Cafe which focus on bringing customers the very best scratch made confections and an artisan bread program.

Robert has a distinguished career as a pastry chef.

Robert studied to be a pastry chef at Miami Culinary Institute. Robert was selected to intern at Tuyo Restaurant, where he worked his way up to Head Pastry Chef under mentors Chef Norman Van Aken, Pastry Chef Max Santiago and Chef Victor Santos.

In 2015, Robert made his Boston debut at the esteemed Bistro du Midi working alongside Executive Chef Robert Sisca, during which time he was recognized as an Eater Young Guns Semi-Finalist.

In 2018 Robert joined the highly anticipated opening of Cultivar in the Ames Hotel in downtown Boston. As part of their inaugural team, he headed pastry. His creations consisted of rotating produce-driven desserts to complement the New England food scene.

Looking forward to many more of your dessert creations!