Little Women Film Festival at the Concord School of Philosophy 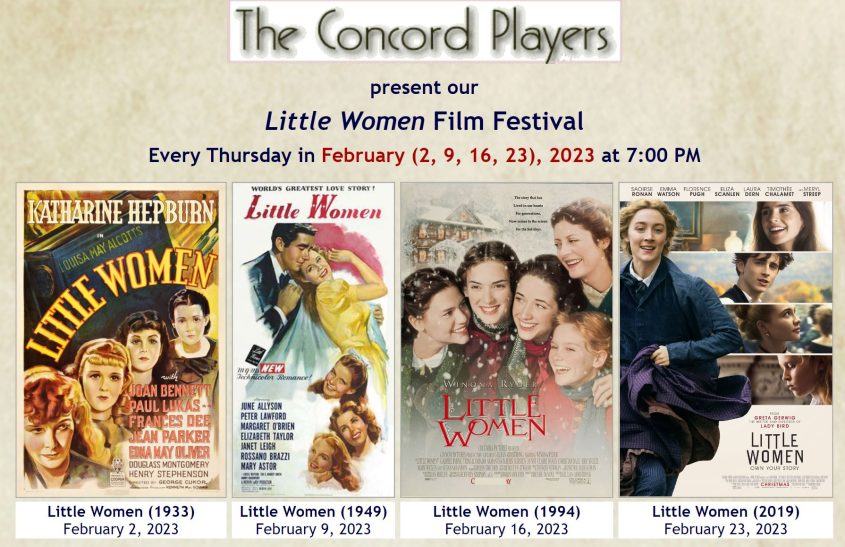 Treat yourself to a February full of Marches!

Offered collaboratively with The Concord Players in anticipation of their Little Women – The Musical performances (April 28th – May 13th) and presented in our evocative School of Philosophy, these movie nights will transport you through four eras of celluloid memories.  Watch one, some, or all of the films, join the hotly contested debate as to which version is best, then reserve tickets for the once-in-a-decade performance!

Reservations required as seating is limited; concessions available for a nominal fee

Please note:  Ticketing for all film showings as well as the musical is handled by The Concord Players