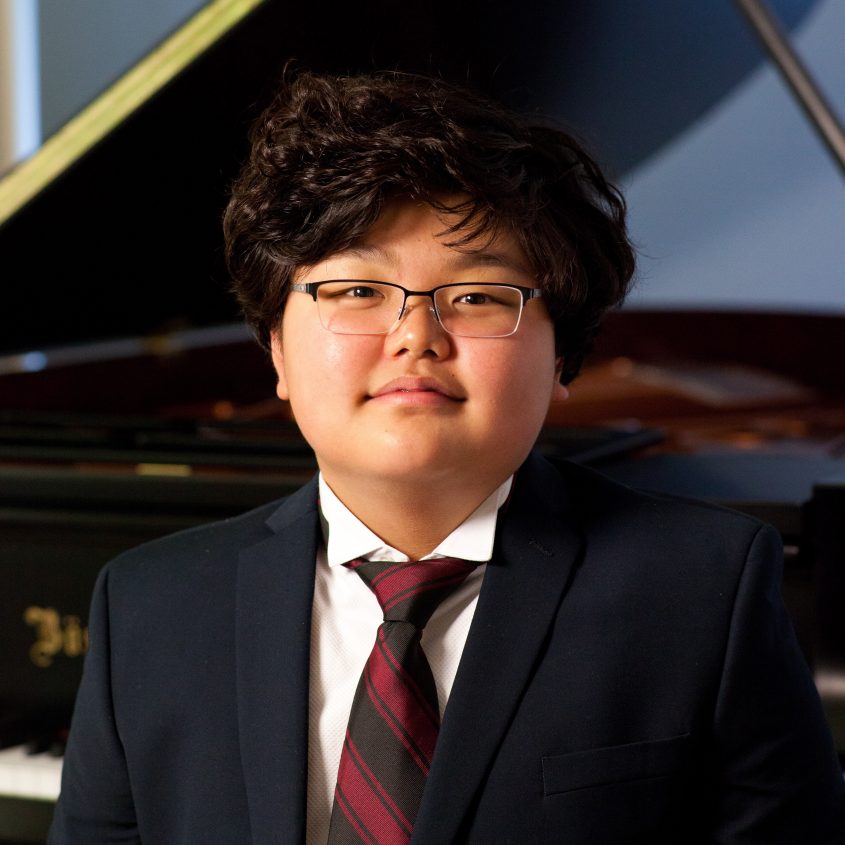 On Friday, January 24 and Saturday, January 25, the Concord Orchestra presents a concert program featuring the winner of the Ehlers Young Artist Competition.

Each year, the Concord Orchestra features a young performer selected by the annual young artist competition. The competition is open to musicians of high school age or younger who live in eastern Massachusetts. The winner is chosen by a panel of orchestra members and the music director.

This season’s competition winner is thirteen-year-old Andrew Gu, performing Prokofiev’s exciting and challenging Piano Concerto No. 1. Andrew is a student at the Roxbury Latin School and New England Conservatory Preparatory School in Boston. He started piano lessons with his mother Helen Jung and currently studies with Alexander Korsantia and Hitomi Koyama. He made his orchestral debut at age 8 performing Haydn’s Keyboard Concerto in D major at the Music Fest Perugia, Sala dei Notari, Italy in 2015. He won first prize at the Grotrian-Steinweg International Piano Competition (2015), the Chopin Northwest Competition (2016), the Rosalyn Tureck International Bach Competition (2017), and the Chopin International Piano Competition Hartford (2019). He has performed live on Seattle’s classical radio station.

In addition to the Prokofiev, the orchestra performs Brahms’ Tragic Overture and Shostakovich’s Symphony No. 6. Shostakovich was denounced by Stalin in 1936 for an opera that was judged too avant-garde, and subsequently, he lived in constant fear of arrest or exile. He escaped Stalin’s purges that affected so many people at that time and continued to compose. The Symphony No. 6, written in 1939, begins with a dark, beautiful Largo and concludes with lively, short second and third movements. Leonard Bernstein interpreted the first movement as a “prayer or confession” – Shostakovich’s apology for allowing his musical ideas to be restricted by Stalin’s regime. Bernstein called the final two movements “comedy acts” and examples of the type of hypocrisy Shostakovich regretted.