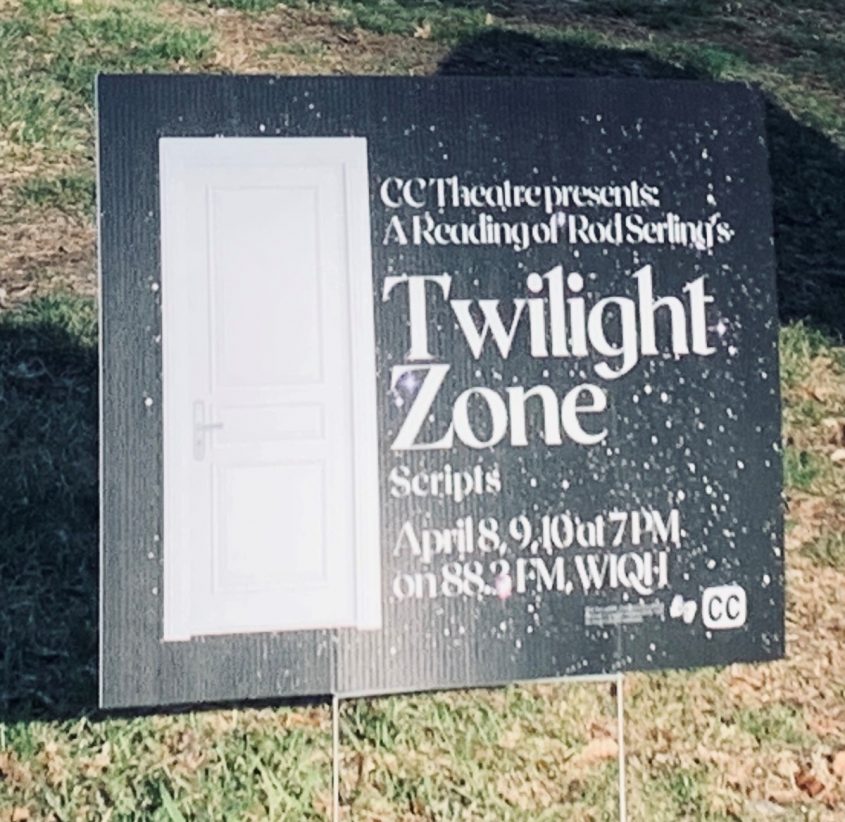 Get ready for 3 Twilight Zone favorites featuring CCHS theater students: The Hitchhiker, The Shelter, and The Monsters are Due on Maple Street performed live on CCHS radio via WIQH.

Details about our production can be found at cc-theatre.com.  The production will air on 88.3 FM WIQH and wiqh.org on April 8-10, starting with string quartet dinner music at 6:40pm.