Home to Two Revolutions: Tour of the Old Manse 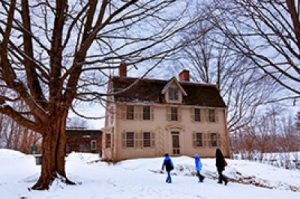 Home to Two Revolutions – From the American Revolution of 1775 through the literary revolution of the mid-19th century, on this house tour we share the stories of Manse residents, both the famous and the lesser-known, who influenced and responded to the 19th century social, political and cultural changes that helped to define the American […]

Visit the 27th Annual Family Trees: A Celebration of Children’s Literature at the Concord Museum through Monday, January 2, 2023. Admire 34 fancifully decorated holiday trees and wreaths inspired by acclaimed works of children’s literature. Brimming with whimsy and charm, this creative twist on Concord's renowned literary legacy is sure to brighten spirits and warm […] 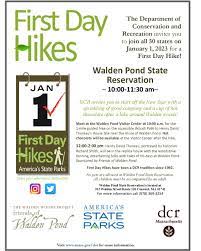 Start off the New Year at Walden pond! Join Walden Pond State Reservation for a First day Hike at Walden Pond. Meet at the Walden Pond Visitor Center at 10:0am for the 1-mile guided hike on the accessible Woods Path to Henry David Thoreau's House Site near the shore of Walden Pond. Hot chocolate will […]