The Concord Players present You Can’t Take it With You 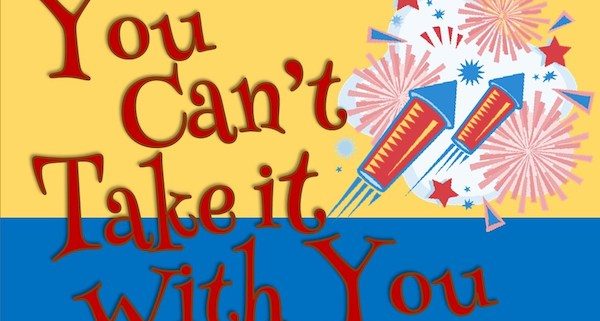 Alice Sycamore falls for banker’s son, Tony Kirby. But when she invites her snooty prospective in-laws to dinner to give their blessing to the marriage, Alice’s peculiar extended family – including philosophical grandfather Martin Vanderhof, hapless fledgling ballerina sister Essie and fireworks enthusiast father, Paul – might be too eccentric for the staid Kirbys. You Can’t Take it With You originally opened in 1936 and won the Pulitzer Prize for Drama. The Frank Capra film adaptation won several Academy Awards including Best Picture.