|Recurring Event (See all)
The Concord Band will play a series of concerts at Fruitlands Museum every Thursday evening from June 20 to July 25. 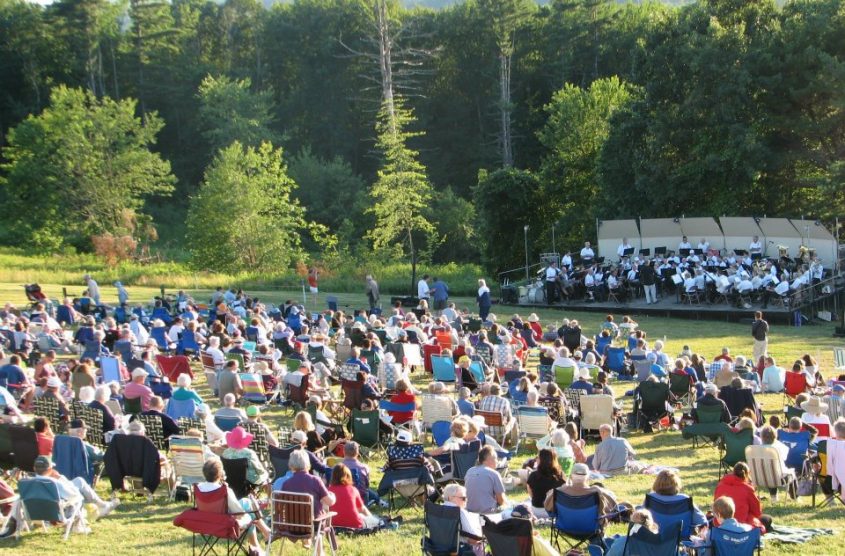 The Concord Band’s 34th season at Fruitlands Museum begins on Thursday, June 20 with Movie Night, which includes music from Schindler’s List, Jurassic Park, Aladdin, and Saturday Night Fever, among others. The program on June 27 will be a Musical Road Trip over the rainbow and to Disneyland and other places. The Band’s July 4 program of patriotic American music, America Strong, will be played first at the Picnic in the Park concert in Concord at 3:15 and then at Fruitlands at 7:15. July 11, Spectacular Broadway!, includes selections from Andrew Lloyd Webber, George Gershwin, Fiddler on the Roof, and Chicago. On July 18, it’s Strike Up the Bands with music from Chicago, Santana, the Beatles, ABBA, and 1940s big bands. The final concert on July 25 is a Summer Retrospective and will celebrate the 50th anniversary of the July 20, 1969 landing on the Moon. In addition to a reprise of some of the pieces played at earlier concerts, Music Director Jim O’Dell has programmed Blue Moon and Fly Me to the Moon (as part of a Frank Sinatra medley).

All concerts start at 7:15 pm, but are canceled if it rains. The Band’s phone line will have cancellation information at 978-897-9969. Admission is $20 per carload or $15 per car for Trustees of Reservations members; $10 for bikers and walkers or $5 for Trustees members. The Fruitlands grounds open at 5:00 pm for picnics and the Art Gallery is open to concert goers. More information about the Concord Band and each program can be found at www.concordband.org. Both the Bolton and Harvard Cultural Councils have supported the Concord Band’s Fruitlands summer series and the Concord Cultural Council supports the Band’s Winter concert at 51 Walden.