The Winter’s Tale – by William Shakespeare 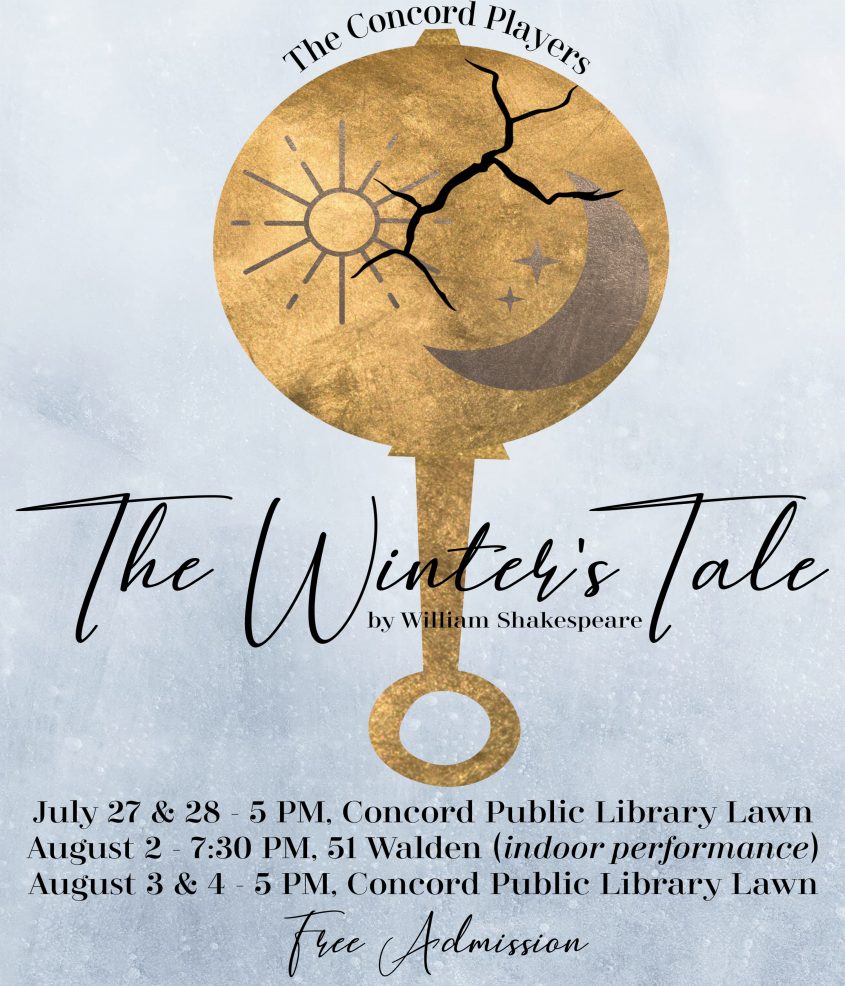 Join us on the lawn of the Concord Free Public Library for a free abridged production of The Winter’s Tale. Jealousy, betrayal, love, redemption and forgiveness are all present in this, one of Shakespeare’s last plays. King Leontes of Sicilia wrongly believes that his boyhood friend and court guest King Polixines of Bohemia has been having an affair with pregnant Queen Hermione, resulting in the banishment of the baby to a foreign land, where the lovely Perdita is raised as the daughter of a shepherd and becomes the great love of Florizel, the kingdom’s prince. Shakespeare experimented often with drama and comedy, and combined both into this, one of his final works. Join us for free performances on the lawn of the Concord Free Public Library on Saturday and Sunday, July 27 and 28, and August 3 and 4 at 5 PM, and Friday, August 2 at 7:30 PM at 51 Walden St., Concord. (In case of rain, performances will be held at 51 Walden.)