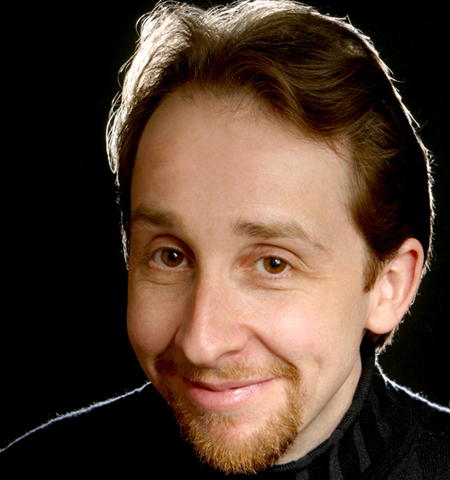 “Bluebeard’s Castle” is based on a haunting 17th century story, set in a gloomy medieval castle. Bluebeard’s new wife wants to learn more about her mysterious husband by exploring his forbidding castle. Ignoring his protests, she opens its seven locked doors, revealing dark secrets he wants to hide. Bartók’s opera, composed when he was thirty, shows the influence of Debussy and Strauss. The opera will be performed in English.

Two accomplished vocalists perform the roles of Duke Bluebeard and his wife Judith, David Kravitz and Sarah Pelletier. An exceptionally versatile artist, David Kravitz’s repertoire ranges from Bach to Verdi to Sondheim to cutting-edge contemporary composers. He has been praised as “a charismatic baritone” by the New York Times, and “magnificently stentorian and resonant” by Opera News. Sarah Pelletier’s international performing career encompasses opera, solo orchestral, oratorio, chamber music, and artsong repertory. She has been acclaimed for her “virtues of voice, intelligence and musicianship… with purity of tone and expression,” by the Boston Globe.

In addition to the Bartók, the orchestra performs Haydn’s Symphony No. 82, “The Bear”. The nickname for the symphony refers to bagpipe music played to accompany dancing bears, a popular form of street entertainment at the time. Haydn imitates the sound of bagpipe music in the last movement of the symphony.