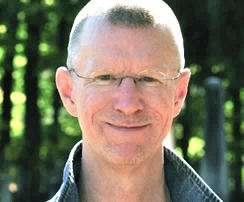 Patrick Donnelly, poet and translator, reads from his recently launched Little-Known Operas, “a book of tenderness towards everyone who’s been in pain, everyone who’s been ill, everyone who’s had a mother, loved music, everyone who’s lived on this third planet from the sun” (poet Ilya Kaminsky) and from Nocturnes of the Brothel of Ruin, a celebration of life lived to its fullest, a making peace with “the tight budget of years / left me.” Donnelly is Director of the Poetry Seminar at The Frost Place in Franconia, NH and former Poet Laureate of Northhampton, MA.

Stephen D. Miller reads from translations (done with Donnelly) of Japanese Buddhist poems which are the focal point of Miller’s The Wind from Vulture Peak: The Buddhification of Japanese Waka in the Heian Period –a monograph that explores the ways a traditional Japanese poetic form, the waka, became an integral part of the Buddhist spiritual path. Miller’s and Donnelly’s co-translations were awarded the 2013 Japan-US. Friendship Commission Prize for the Translation of Japanese Literature. Miller is associate professor of Japanese language and literature at the University of Massachusetts