Namibia: Safe, beautiful and easy to visit on your own 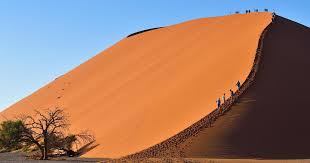 Since Yuval’s two month safari in 1978, he has harbored a passion in his heart for this adventure. In 1997, he spent three months of his honeymoon on a private, self-driven safari in Southern Africa. Yuval has taken many others, including a far too short safari of four years; traveling alone, with his wife and later with their twin boys. During the last four years, they have visited Namibia three times and Yuval’s message is: you should do it now and “yes”, you can do it alone and organize it yourself!