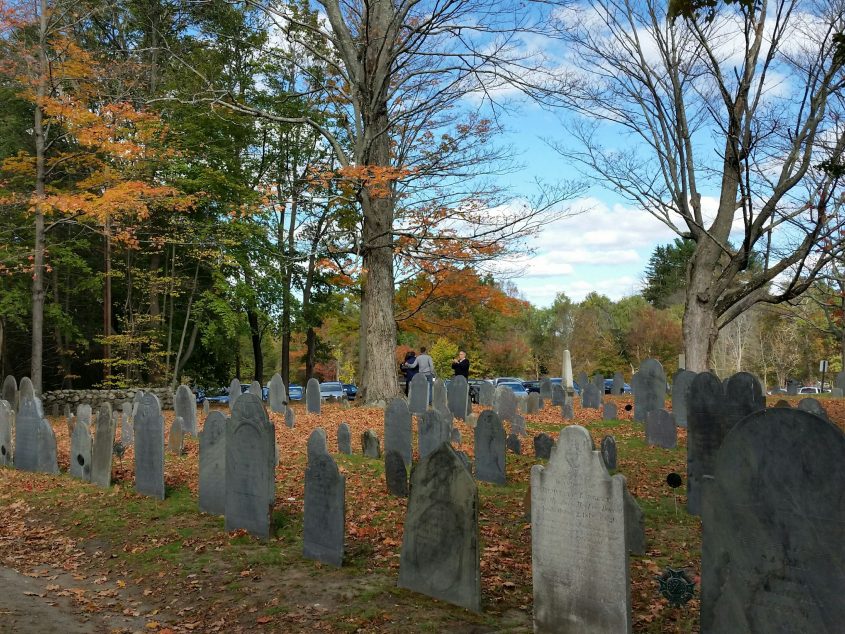 “When the leaves fall, the whole earth is a cemetery pleasant to walk in. . . . How beautifully they go to their graves! How gently they lay themselves down and turn to mould.

Concord ablaze in all its fall glory asks us to reflect on autumn’s passage as we savor the golden afternoons and sense the crisp twilight at hand. This 90-minute twilight walking tour of old Concord town takes us down the venerable streets and byways hearing the voices of those who have come before while appreciating the silent stones, memorials, and buildings they have left behind.

The tour will also trek up to the Old Hill Burying Ground home of both Puritan and Revolutionary dead, and then amble our way through scenic, wooded Sleepy Hollow, a classic example of the Garden Cemetary Movement of the 19th century which romanticized death. There we will wind our way through trees, hollows, and paths as we uncover stories of Concord’s townfolk who have passed on. Highlights include the striking Melvin Memorial and the final resting place of Concord’s literary families: Alcott, Emerson, Hawthorne, and Thoreau whose memories and reflections on death and mortality may prove intriguing for the 21st-century visitor.

The leaves …They teach us how to die. One wonders if the time will ever come when people, with our boasted faith in immortality, will lie down as gracefully and ripe with such an Indian-summer serenity will shed our bodies.”