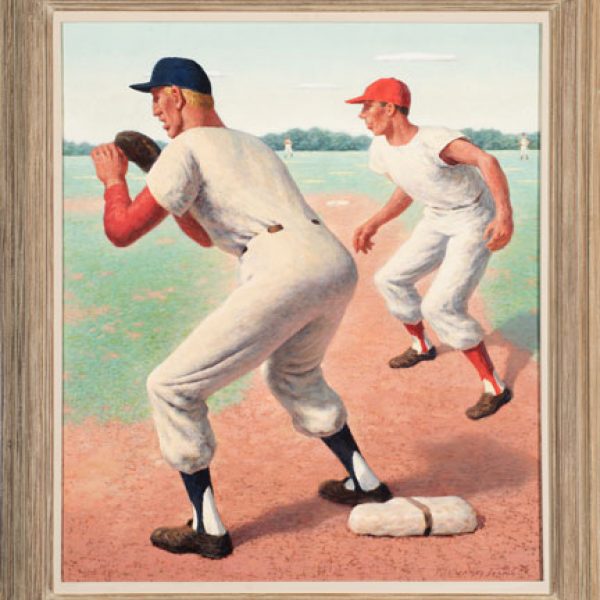 If ya can’t play it, learn about it!

Baseball is both heroic and humble. It is neighborhood and childhood and summer all rolled into one. It has its own time frame—as Yogi Berra says, it ain’t over ‘til it’s over. It also has its own unique space, as no other game is played on a diamond. For generations, the game has challenged artists to capture some of this magic.

Each work of art in The Gladstone Collection of Baseball Art—whether the maker was an academic artist or a sign painter with a deadline—is about the game itself. No two games are alike, but they all have in common the bat, the ball, the players, the crowd, and the moment.

The Art of Baseball, on view from April 17 through September 20, 2015 in the Wallace Kane Gallery at the Concord Museum, featured works by acclaimed American artists—including William Merritt Chase, Robert Rauschenberg, and William Zorach—as well as folk artists who were inspired by the sport (walk through the galleries of The Art of Baseball). This accompanying on-line exhibition brings together additional material for an expanded look at the history of baseball in the town of Concord, Massachusetts.