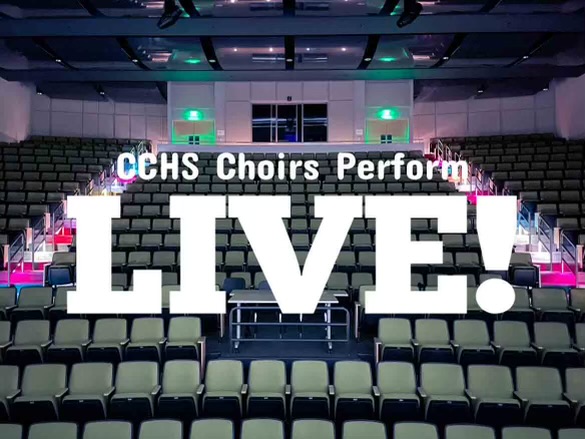 The CCHS Performing Arts Department is proud to present another LIVE performance from the CCHS Choirs. The March Choral Concert will take place on Thursday, March 17, at 7:00 PM in the CCHS Auditorium. The concert will feature Combined Chorus, Melodies, Bel Canto Singers, Men’s Chorus and Select Choir, as well as the student-run a cappella group, Take Notes. Highlights on the program will include the well-known songs “What a Wonderful World” and “The Lion Sleeps Tonight”, two movements from the Mozart Requiem, and an Irish-American folk song as a nod to St. Patrick’s Day. The concert is free and open to the public.