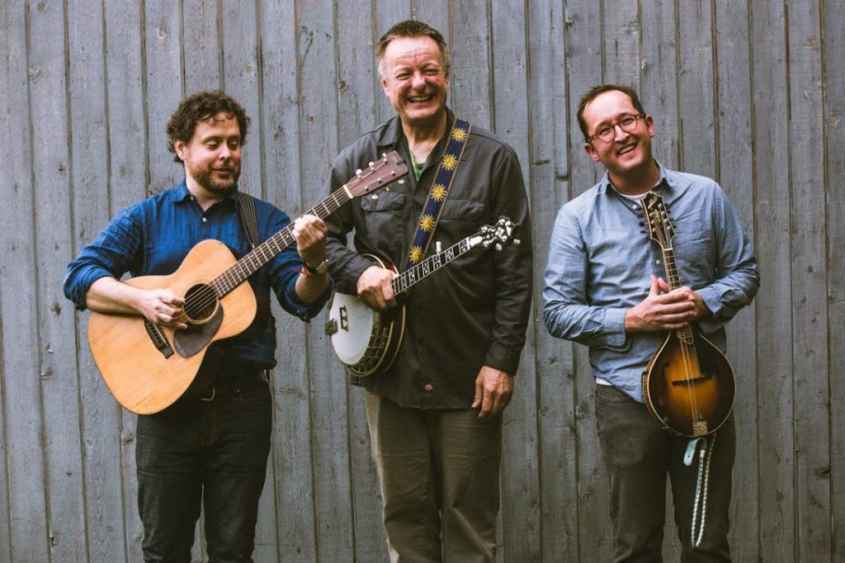 CCM presents the newly formed bi-coastal trio of Danny Barnes, Grant Gordy, and Joe K. Walsh on Friday, November 22nd. With their inquisitive, flexible, and spirited approach, they approach every tune with an open attitude.

“When we play, everybody is leading with their ears, and everything is possible, it’s hugely omnivorous”, says Walsh.

For three musicians who have vibrant solo careers, as well as multifaceted musical collaborations under their belts, the trio has sparked a new level of creative inspiration, a venue to push and pull, learning and speaking with one another through improvisation. “We are in some ways three very different musical pieces, but the thing that unites us is a deep respect and affinity for anybody who is improvising,” says Walsh.

Banjo player and singer/songwriter Danny Barnes is best known as the frontman of the Bad Livers, for his collaborations with Dave Matthews and Bill Frisell, and as the 2015 winner of the Steve Martin Prize for Excellence in Banjo and Bluegrass. He is an innovative banjo player and songwriter originally from Texas whose solo album “Pizza Box,” garnered him a sort of cult following, and led Sam Bush to describe him as “The Great American Un-Sung Hero”.

Gordy and Walsh come from a more jazz- and swing-influenced background. Joe K. Walsh is equally renowned for his bluegrass and old-time sensibilities. Growing up in Illinois and later Minnesota, Walsh first established himself on the East Coast as the co-founder of progressive bluegrass band Joy Kills Sorrow, and as a longtime member of The Gibson Brothers. He went on to become a faculty member at The Berklee College of Music, and launch a solo career with his albums Sweet Loam and Borderland.

Grant Gordy, who is originally from Colorado and now lives in Brooklyn, went from being a fan of David Grisman to playing in his band. Having spent six years in the David Grisman Quintet, Gordy released a self-titled solo album to in 2010 to critical acclaim, and has been featured on NPR’s Morning Edition, Tiny Desk Concerts, and All Things Considered as well as The Fretboard Journal, Acoustic Guitar Magazine, and Flatpicking Guitar Magazine.