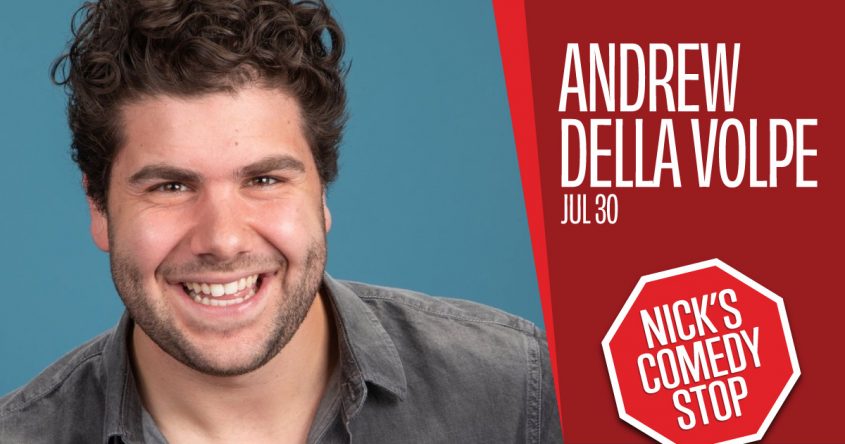 Andrew Della Volpe is a standup comedian from Boston. He got his start working as an intern at Sacha Baron Cohen’s Four by Two Films and has never considered a straight job since. During the pandemic, he performed small and socially distant driveway comedy shows. Spending the summer performing in backyards all over New England, Andrew was able to play more than 50 shows and was featured on CBS Boston and Mix 104.1’s Karson and Kennedy radio show. In addition to working clubs all over the state, like Laugh Boston, the legendary Nick’s Comedy Stop, The Comedy Studio, and The Comedy Scene at Patriot Place, Andrew has appeared in the Boston Comedy Festival, the Hampton Beach Comedy Festival, and this past fall, he made his weekend headlining debut at The Comedy Attic in Worcester. Alongside fellow comedian Will Noonan, Andrew co-hosts the popular podcast Soft Boys.