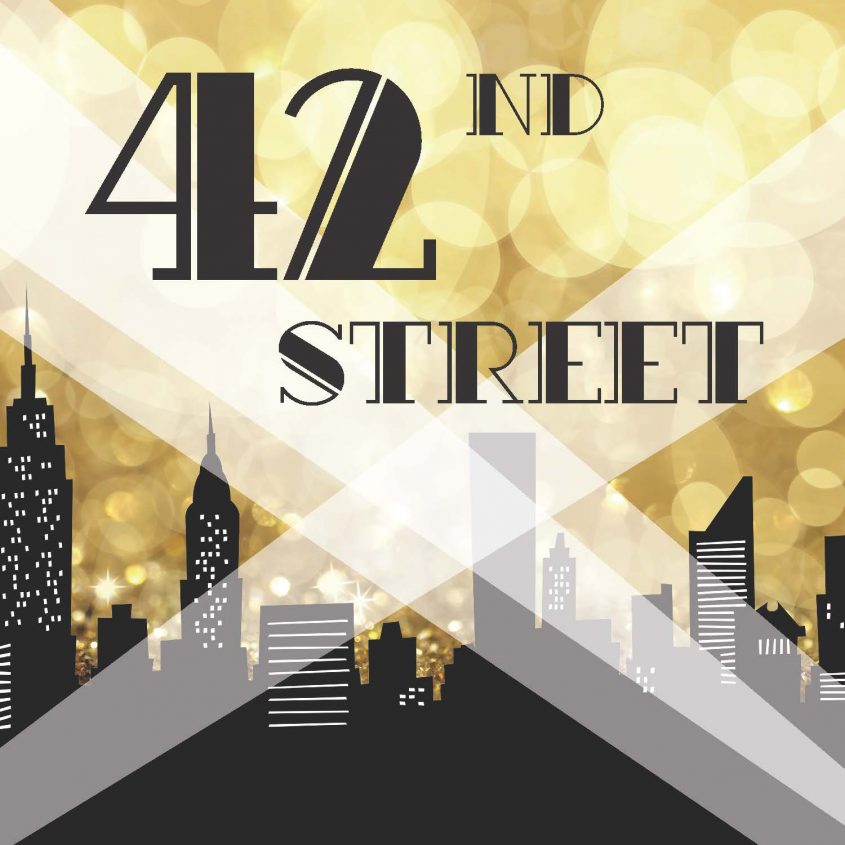 The Umbrella Stage Company — Greater Boston’s newest professional theater — looks forward to sharing an expanded, six-show season of bold, daring and innovative theater with you! From high-kicking spectacle to punk rock musical to socially urgent drama, this season will be the first to be staged in The Umbrella’s brand-new, state-of-the-art, multitheater performing arts wing at 40 Stow Street in Concord, MA.

The grand opening production in our new space is a moment to celebrate, and 42nd STREET is nothing short of the greatest celebration of musical theatre and the people who make it happen!

Aspiring chorus girl Peggy Sawyer comes to the big city from Allentown PA, and soon lands her first big job in the ensemble of a glitzy new Broadway show. But just before opening night, the leading lady breaks her ankle. Will Peggy be able to step in and become a star?

Directed by award-winning Brian Boruta, the show features such classic numbers as “Lullaby on Broadway,” “We’re in the Money,” and “Shuffle Off to Buffalo” and a talented cast headed up by Gillian Mariner Gordon* as Peggy, Elliot Norton Award-winner Aimee Doherty* as Dorothy Brock, IRNE nominee Todd Yard as Julian Marsh, and Mickey T. White as Billy Lawlor.

Splashy and grand, this tap-dance fueled musical is a visual feast…and the ultimate showcase for the capabilities of The Umbrella’s new mainstage!

SHOWTIMES & TICKETS
Shows are on Thursdays at 7:30PM, Fridays at 8PM, Saturdays at 8PM, and Sundays at 3PM, from Friday, September 27 opening to Sunday, October 20 closing. Season, Flex Pass, Group and Individual tickets are available, and patrons can make a night of it in historic Concord thanks to Dinner-and-a-Show deals offered by several Umbrella Hospitality Partners. Learn more at http://TheUmbrellaStage.org