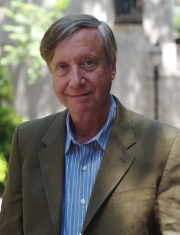 The Friends of the Concord Library are pleased to announce that Princeton University Professor Sean Wilentz has been selected as the 2022 Ruth Ratner Miller Award winner.

The Miller Award lecture will be held on Oct. 15 at 7 p.m. in the new Goodwin Forum of the library on Main Street. The ticketed event is part of the Concord Authors Festival.

The Ruth Ratner Miller Memorial Award for Excellence in American History was established in 1998 by Richard Miller, and is sponsored by her four children, to honor the life of their mother, Ruth Ratner Miller. It has been presented by the Friends of the Concord Public Library since 2001.

Prof. Wilentz is the George Henry Davis 1886 Professor of American HIstory at Princeton University, where he has taught since 1979.

According to a Princeton University website, Wilentz is currently at work on The Triumph of American Antislavery, a companion volume to The Rise of American Democracy, which will offer a comprehensive political history of the antislavery movement from its seventeenth-century origins to the eradication of slavery in 1865.

Wilentz’ research includes works on American social and political history. He has written award-winning books including The Rise of American Democracy: Jefferson to Lincoln, which won a Bancroft Prize and was a finalist for a Pulitzer Prize, among other titles.

His books include The Age of Reagan: A History, 1974-2008, a reconsideration of U.S. politics since the Watergate affair; Bob Dylan in America, a consideration of Dylan’s place in American cultural history; and The Politicians & The Egalitarians: The Hidden History of American Politics, a thematic collection of essays covering American political history from the Revolution through the 1960s, among other titles.

He has also won two Grammy nominations from his writings on American music, including a book on Bob Dylan.

After the lecture, the Friends will hold a reception and book signing in the newly expanded library building. Tickets are $15 for adults, $5 for students, available at both libraries, Barrow Books and the Concord Bookshop. An online presentation will be available free, with donations to the Friends kindly accepted.